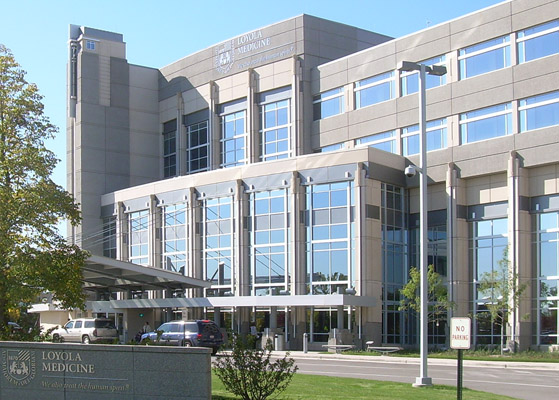 Gibson provided single-source electrical contracting services for the construction of a new, five-level hospital addition as well as an extensive upgrade of the existing six-level institution, its energy building and utility tunnels. The scope of work called for installation of three independent electrical power distribution systems – the main normal 12-kilovolt system, and emergency and life safety systems, each rated at 120/208/277/480 volts.

In patient care areas, laboratories and other spaces, Gibson installed nearly 10,000 receptacles, switches, lighting fixtures and other electrical devices, connecting them with more than 100 miles of conduit and 375 miles of wire and cable.

By project's end, the Gibson's installers, commercial electricians, and its subcontractors had spent more than 125,000 man-hours to bring the project to its successful completion.

One of Gibson’s major challenges on this project was to ensure non-disruptive project delivery. This was seldom easy. For example, as part of its work on the existing building, Gibson had to demolish a number of electrical closets to make space for new patient-care rooms. However, these closets serviced occupied patient rooms that had to have continuous power.

This meant demolition activities had to be carefully planned and continuously reviewed. Yet, in spite of obstacles like these, the Gibson team completed its work without interrupting the hospital's daily routines.

The Loyola University Medical Center is one of the nation's leading academic medical centers. An 801-licensed-bed institution, it includes the Loyola University Medical Center campus in Maywood and its Cardinal Bernardin Cancer Center, the Ronald McDonald Children's Hospital of Loyola, the Burn/Trauma Center, and the Center for Heart & Vascular Medicine.